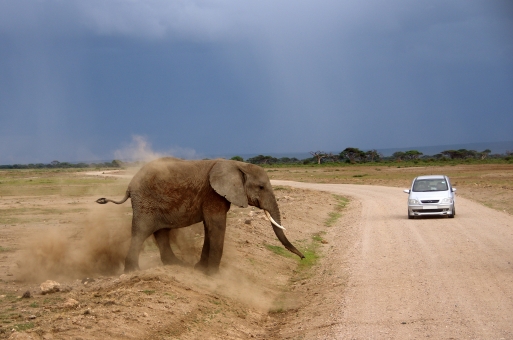 Around 2000 BC, Cushitic peoples migrated from North Africa to the Kenyan region. The territory of Kenya, located in East Africa, has been inhabited since the Early Paleolithic period. By 1000 BC, Bantu- and Nilo-speaking peoples had migrated into the region of Kenya and settled as the peoples that make up today's Kenyan nation. Around the 7th and 8th centuries, Arabs settled the coastal areas and established trading posts such as Mombasa and Malindi. By the 10th century, the Swahili civilization, a mixture of Bantu and Arabic languages, began to flourish along the coast of Kenya. Around 1418, there is a record that part of the Ming Dynasty's fleet reached Malindi. At the end of the 15th century, the arrival of Vasco da Gama led to the expansion of the Portuguese, but eventually they withdrew and the Arabs re-entered. In the 18th century, the influence of the Arabs spread to the interior, and the slave trade and ivory trade became active. Then in 1828 the Omani Sultan Sayyid Said captured Mombasa.

As the colonisation of Africa progressed in the 19th century, the British and German empires advanced along the coast of Kenya. After a struggle for power, the British gained the upper hand and in 1888 the coast was ruled by the Imperial British East Africa Company (IBEA). British East Africa was established in 1895. Between 1895 and 1901 the railway from Mombasa to Kisumu was completed by the British. After losing the Anglo-Zanzibar War in 1896, the Sultanate moved to the Sultanate of Zanzibar (1856–1964). In 1902, Uganda also became a British protectorate, extending British influence further inland. In 1903 the railroad was extended to Uganda. In 1920, it became a direct colony of Kenya.

Momentum for independence increased as a result of the rebellion. In 1960, the Kenya-African National Union (KANU) was formed by core members of the KAU, and KADU was formed around the same time. KANU, led by James Gichuru, Jaramogi Oginga Odinga and Tom Mboya, will take the lead after there was a disagreement between KANU and KADU, two political parties with both unilateral and federalist views.

In 1963, it became independent as the Commonwealth of Nations. In 1964, the Republic of Kenya was established as a republic. During the Cold War, Jomo Kenyatta and Daniel Arap Moi, who were inaugurated as the first presidents of Russia, took a pro-Soviet stance by advocating African socialism. Domestically, the one-party system of the Kenya-African National Union (KANU) was established, and since then it has consistently adopted policies that are pro-Western. Oginga Odinga, who later left KANU, established KPU (the band was banned in 1969). Under Kenyatta, Kenya grew economically. 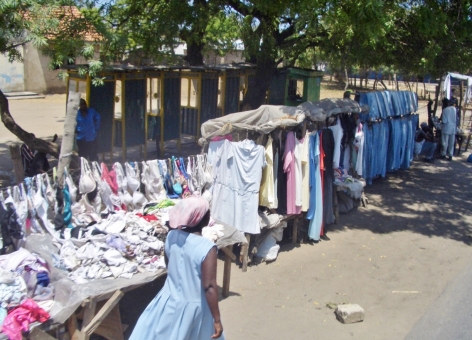