I am Masato Yamaguchi, the founder of WSO. I would like to explain the motivation and purpose of the establishment of WSO.

When I first visited New Delhi in India 1978, I was confronted with the appalling living conditions of the poorest poor which were far beyond the imagination of the people living in the developed countries. Ever since then, I have wanted to do something meaningful to help the poorest people in the world.

In 1998, I had an honor to meet Mother Teresa, for whom I held the greatest respect, and had an opportunity to volunteer at “Home for the Dying” in Kolkata (formally Calcutta). While I was taking care of the dying people who had suffered unthinkable poverty all their lives, I made up my mind that one day I would follow in the footsteps of Mother Teresa and to set up a charitable organization to help the poorest.

In December 2012, in Dhaka, Bangladesh, I had a privilege to meet with Prof. Muhammad Yunus, who was awarded the Noble Peace Prize for founding the Graneen Bank and pioneering the concept of microfinance and microcredit. He taught me that poverty couldn’t be eradicated by providing microfinance alone but that education was another key to address the poverty. Therefore, “provision of education” has become the guiding principle of our activities.

WSO’s mission is to provide the poorest youth in the developing countries with scholarships to attend vocational training schools so that they could gain financial independence and escape from the poverty. Masahito Yamaguchi President, WSO

Masahito Yamaguchi has been managing director of Nippon Brain Centre Australia, a visa consulting, personnel and translation services agency, since 1988. He was a vice president of Japan Club of Sydney (JCS), the largest Japanese expatriates’ organization in Australia. He was a lecturer at Maebashi Kyoai Gakuen College from 2014 to 2016 and at Bunkyo University from 2015 to 2017. 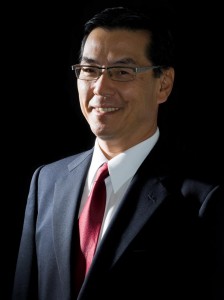